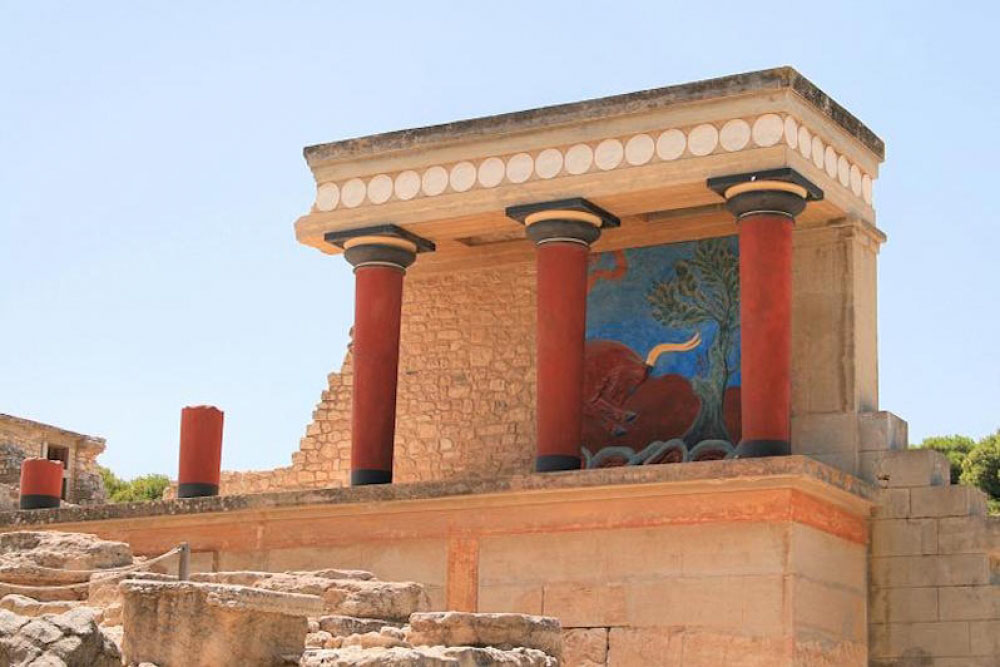 An eternal monument of an incomparable culture

Knossos, the most important center of Minoan civilization, who are the most magnificent of human history, is the largest Minoan archaeological site ever discovered in Crete. It grows prominently on Kefalas hill, 6 km south of Heraklion, between olive groves, vineyards and cypresses. Next to it flows the Kiraatos river (the current Katsambas). According to tradition, it was the seat of King Minos, whose form was deified (considered to be the son of Europe and Jupiter) and, at the same time, the administrative and religious center of the wider region. With the palace of Knossos, the fascinating myths of the Labyrinth are connected with Minotaur and Daedalus with Icarus. Numerous references to Knossos, its palace and Minoos are found in Homer, Thucydides and many other historians of antiquity. The peak of the city dates back to the Minoan period (2000-1350 BC), during which it was the most important and most populous center of Crete.

The first systematic excavations in the area were made in 1878 by archaeologist Irakliotis Minos Kalokerinos, who excavated part of the western warehouses and brought to light many great pithos. However, sir Arthur Evans granted the honor of discovering the palace, a large part of the Minoan city and the cemeteries (1900-1931). Since then the excavations in the wider area of ​​Knossos are being continued from the “English School of Archeology” and the Communal Ephorate of Prehistoric and Classical Antiquities. The visit to the archaeological site of Knossos starts from the west entrance of the palace and follows a circular path.

The palace of Knossos

From the southern entrance, where there is a copy of the famous “Princess with the lilies” (the prototype is displayed at the Archaeological Museum of Heraklion), you enter the central courtyard. From here, the three wings start. On the west, there is the throne room with an anteroom and a mainly room where the original stone throne and the tripartite Sanctuary with caches, storehouses and treasuries were found.

In the east, there are the royal apartments, the double pillars room (named after the worshiping symbols found on the walls), the Queen’s palace with the dolphin wall paintings (the prototypes are exhibited at the Archaeological Museum of Heraklion) the workshops, and last but not least the workshop of the stonework and the warehouses.

At the northern entrance is the customs office, with columns and pillars. Outside the palace, in the northwest is the Lustral basin , the theater with rectangular diagonal scene and stepped seating, and the royal road leading to the small palace, consisting of a portico with columns, a paved courtyard, a Lustral basin and an underground cache. Northeast of the large palace, we recommend you to visit the royal mansion and 1 km away, the royal tomb. 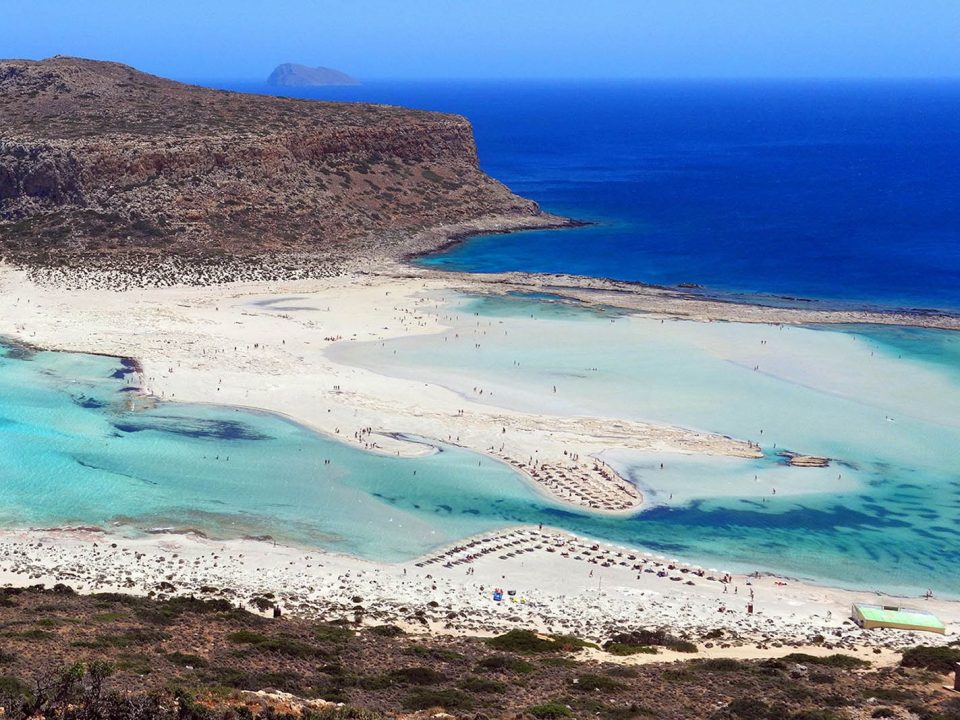 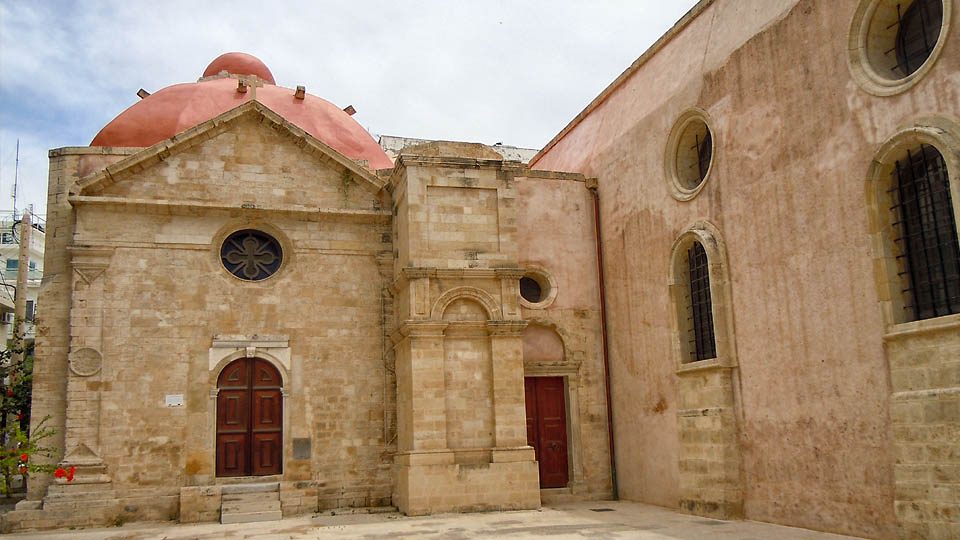